Welcome !!     Please, take note that "Created" means here the day the photos where taken, not the day of publishing.     Enjoy ! 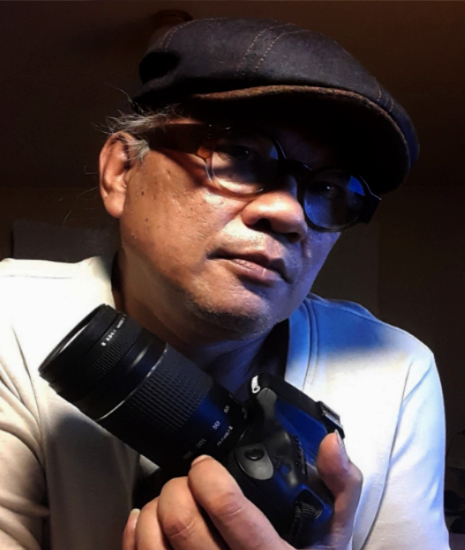 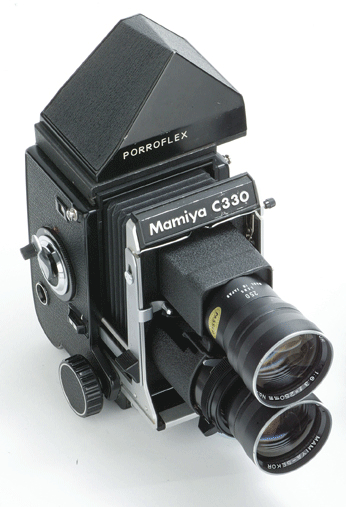 I started "photographing" when the digital camera didn't exist. My first camera was a Mamiya C330 professional 6x6 camera while I wasn't a professional at all. The camera wasn't even fit to my level of skills, knowledge and experience. At that time (1980s) I didn't have any nor was I serious even in simply making picture.

So, my real journey started in 1996 when I bought my first new analog camera, a Nikon Nuvis, which was based on the Advanced Photo System or APS. How to explain in simple words?

You just put the cassette into the camera, then make pictures the way you like until the cassette is full. Your photo printer was at that time the photo print shop. So, actually the successor of the unhealthy dark rooms.

You just delivered your cassette to a photo print shop in your neighborhood were you had two choices:

Your order would then be delivered as the photo above on the left shows.

In 1996, the internet became available for everyone and so what was called 'home pc's'. So, how got anyone's analog pictures online?

The flat bed scanner was introduced which worked the same as your modern-day version with the difference that it didn't include a printer. The combination /printer/scanner came much later on the consumer market. 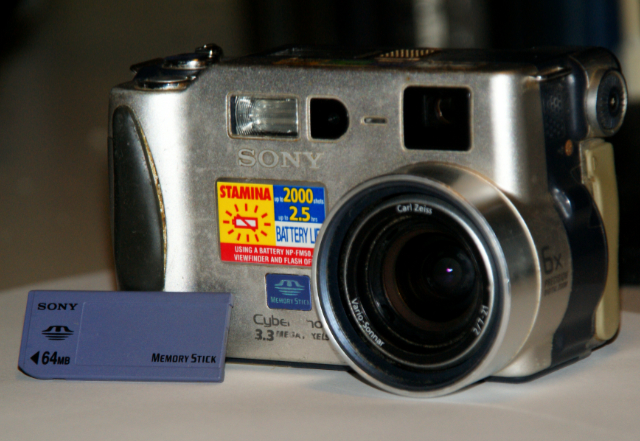 You just put your analog picture on the glass plate, then scan it onto the hard drive of  your ' intel 486 processor home pc'. Forget terra bites.. 500 MB hard disk was a very big size that time. Internet connection did only exist by dialing the number of your host. So, uploading took a while.

In 2000, I had a digital camera for the first time in my hands. No, it wasn't mine. The Sony Mavica F7, which uses a 1MB floppy disk, belonged to the employer I worked for that time. But I got my own digital camera two years later: a Sony Cybershot which I still have.

The photos dating from 2003 to 2004 are taken with Sony Cybershot while photos from 2001 were taken with the Sony Mavica I borrowed from my employer. 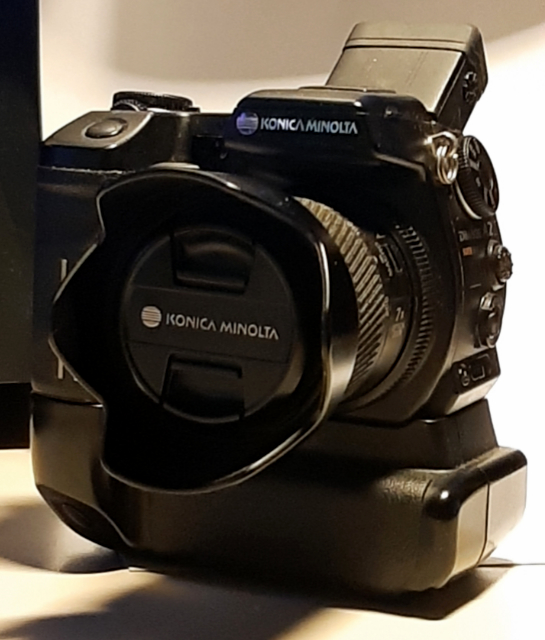 In 2004, I bought the camera as seen here on the right. I still preferred a simple camera as my photos are not for printing but for publishing online in small sizes to save web space I had for 9 years at a hosting company that time. Even this camera is still in my possession but no longer in use because the finder is defect. The brand does no longer exist since the merger of Konica and Minolta into Minolta in 2003.

My main goal is just to have access to digital photography my way. And for that you really don't need an expensive camera.

I have a view that it is not to me to have a luxury car if I can't drive at all. So is my view about cameras. That is why my history looks simple and inornate. 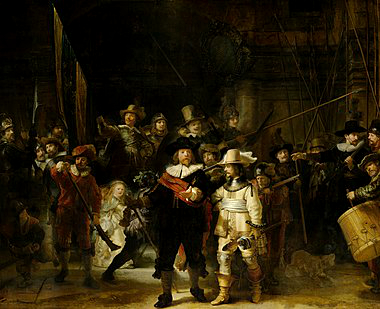 I learned photography by just doing it myself. But it became more serious after a visit to the world's most famous TEFAF arts fair held every year in Maastricht, the Netherlands were I saw 16th and 17th century paint art for the first time in real. I became inspired by the way how daylight was painted. It fascinated me so much it that prompted me to ask myself how can I do that in photos. It is here were my way of photographing still lives comes from.

By the way, the painting was not seen at the world's famous arts fair. The image, showing the Night Guards by the famous Dutch painter Rembrandt Van Rijn, is just to illustrate.

Composition is an aspect that is not just only important in paint art and in photography. It is also in graphic design.

However, I use composition in a much different way, in particular when photographing details. Then, my composition is based on the principle of forms, shapes and order. How?

I just imaginary that what I want to photograph into two-dimensional to determine how the composition of lines and shapes are. I keep moving around until I "see" a composition I would like to photograph. It's actually imaginary rearranging lines and shapes into another composition. It would not be the first time that passers-by ask me what do I see or to what do I looking at. When I explain they don't understand. That is because people only view or watch.

But, there's a difference between viewing/watching and looking. The best example is what students at schools for art know when they are ask to sketch a posing person or a still life. They have to look at what they see while drawing. That's exactly what I do when photographing, for example, still life or figurative. That's how I learned photographing myself .... 20 years ago.

How do I photograph today?

I still photograph the way I did during the twenty years. But, if there is something that have changed it would only be another ..uh  .... two cameras: a Sony Alpha and a Canon Eos.